Last night I dreamt of water – a clear warm lake with waving yellow orange green strands of gentle foliage in and around like a field curving into a pond of colour – so gentle and warm that entering the lake was a transition almost without discernable sensation, no shock to the body from change of temperature, just an effortless delicious slide into water.

A beautiful feeling to begin the day, I lay in bed and thought of water, of how we have just recently entered the Chinese Year of the Water Snake.  Although I’m interested in astrology, I don’t know much about the Chinese signs, so I poke around online and find on ChineseAstrology.com –

The Water Snake rules ponds and stagnant pools, peat and bamboo. Water of the marshes. Water of winter nights, calm and deep water to be feared and respected. Still water sheltering underwater secrets asleep in its depths; sinking and muddy.

Water is always in such a hurry.

Water puts out fire and washes away earth and can even destroy iron.

Water can carve its way even through stone, and when trapped, water makes a new path. 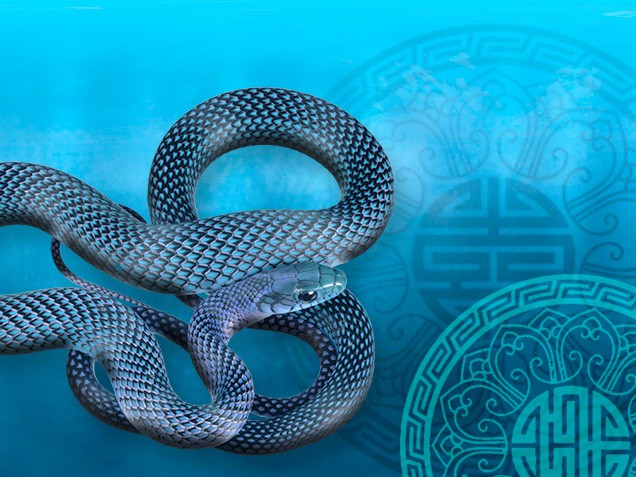 Intuition is watery.  Sit with it and understand.  It is the Moon – feminine – the Ida Nadi.

All these watery thoughts reminded me of the women in the whirlpool at my gym a few weeks ago – a relaxed moment of women lolling in hot bubbling water, pressing our bodies against the jets.  Two women were in the middle of an intense conversation. One was saying, “My friend got divorced and has won 2 major literary awards since.” The other woman, whose English was not especially fluent, seemed confused, so the first woman went on, “If you want to focus on your art, she recommends getting divorced”.

Concurrent with these aquatic thoughts has been an ongoing synchronicity that’s been taking place in my life where mermaids have been appearing at every turn.

So I began to look into what they were about.  What does it mean, the image of a mermaid?  Apparently they are one of those archetypal type ideas that exist in every culture, the half-human half-fish and/or the notion of water goddess.

As an impression leftover from childhood, I have a sense of mermaids as solitary outsiders, or magical residents of another realm. But I don’t really know much about them.  Are they the same as sirens?  Are they dangerous, seductive, vain and cruel?  Or tragic and pathetic and self-sacrificing like the Hans Christian Anderson tale of the Little Mermaid?

The Mermaid and the Minotaur, a feminist exploration of gender roles and the like, has only passing reference to mermaids, but it sources the negative spin on the mermaid, as quintessentially female – the author, Dorothy Dinnerstein, says –

The treacherous mermaid, seductive and impenetrable female representative of the dark and magic underwater world from which our life comes and in which we cannot live…

All that is dark and unknowable is feminine.  Source of life is dark womb and dark waters.

A more positive spin on the mermaid’s magic can be found in Mermaids: Nymphs of the Sea by Theodore Gachot –

Mermaids do have a strange sort of knowledge that is apparent in their skill with prophecy.  They are able to predict and control storms at sea and they can also foretell events…

This sounds more like Yemaya, Goddess of the Sea.  I have seen people jumping over the wall of the Malecon down onto the wet rocks below to leave their offerings to her amongst the waves…. 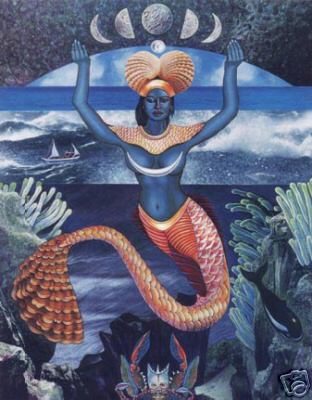 At any rate, today, February 14th, is the very feminine and watery day of One Billion Rising – a feminist movement, a global rising up against violence against women.

The brilliant part about it is that it’s an invitation to dance.