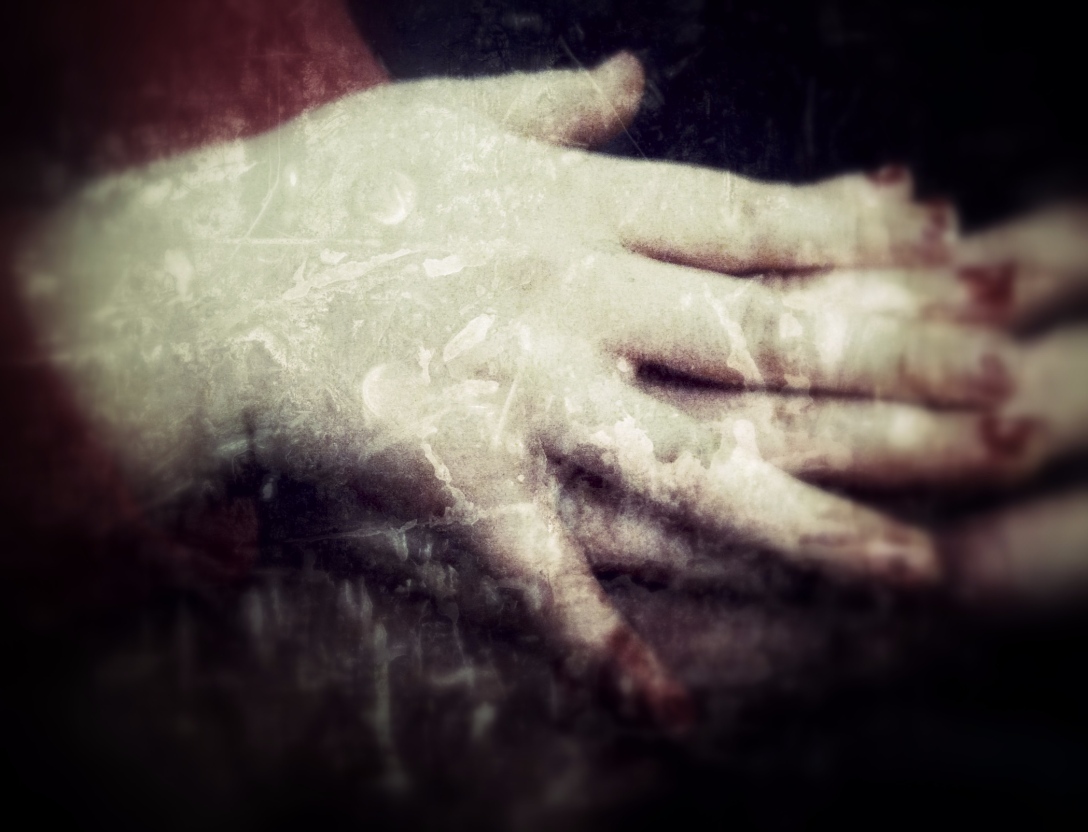 There was a man I got involved with briefly a few months after my marriage ended. It was an intense little affair – someone I’d known when we were teenagers.
Fooling around on my couch, kissing as though we were young people rushing yet tentative before the parents come home, I felt a safety in his hands, as though these hands that had known me in an early fragile stage of my life, that came from my city, my culture, my race – all the external trappings I rarely seem to choose – offered a refuge of familiarity and rest from wandering the world alone and penniless, forever entangled in hopelessly inappropriate relationships.

Then, a few weeks in, I had a dream, a nightmare, of hands reaching up to pull me down into a kind of quicksand – hands coming up out of the earth to pull me under to my doom. Somehow in an omniscient voice or spirit of the dream, it had something to do with Money.
Dreams are often so hard to understand at the time they come – they can speak in cryptic symbolic language, or other times in urgent clear imagery, and untangling which is which is often only possible in hindsight. I didn’t know what to make of these hands pulling me down in the dream, from whence they came, who or what they represented.
Still, I try to listen to dreams, do my best to follow their mysterious, oblique guidance. And I remembered this one for future reference.
The affair with the man developed, and on an afternoon walk in a park, up a hill with a view, we stood at the top and he wrapped his arms around me from behind. For a moment there in his arms an image flashed in my mind of hills elsewhere, as if we would climb many hills and stand just so, looking out at many vistas together….
But things got weird. He would dangle his success in business – his Money – in front of me as though I were a dog and it was a bone. Would talk about wanting to take care of me, the creative girl, or how if I were with him I would be provided for so handsomely, with an allowance beyond whatever I thought I needed – an image offering such enormous relief after so many years of struggling, I was drawn in even though it felt off-kilter.
One time he even sent me a photo of a roll of bills –

It was odd, this constant reference to Money. Was it a blustery cover for some kind of insecurity, I wondered?
I am not a gold digger by nature – in fact, the opposite. The experience of money in my family taught me early to flee the path oriented to material success above all else and seek out instead a life of bohemia, creativity, authenticity. My mother came from people with money and they used it to manipulate and punish her in various cold and cruel ways, so the mythology around wealth in my mind was the classic “root of all evil”.
But eschewing money has pretty serious drawbacks. Duh. You can end up, like me, a broke single mom.
So as I’ve been trying to remedy my relationship with money, I’m finding a consistent theme within all of the literature and courses and financial therapies – they ask you to identify your underlying attitude to wealth. And if your basic beliefs are that people with money are cruel and controlling, that financial success means a shrivelled cold heart, well then it may be time to adjust those deep-seated attitudes, it may be time to believe that it’s possible to be successful without sacrificing all human warmth and integrity.

So.
Last night I dreamt I murdered my grandmother and buried her. A rather grisly dream that doesn’t seem at first blush to offer much in the way of either warmth or integrity, but when mulling it over this morning, remembering the controlling cruelty of my grandmother who died many years ago, I got interested in the idea of it speaking to an end of this twisted approach to finances, to burying the belief that money and evil are inevitably bound together. I got interested in the idea of being able to end an intergenerational dysfunction around money and finding a way to believe that some material comfort does not necessarily mean the end of creativity or authenticity.
Lofty goals, I suppose, but presumably the way forward. Changing a belief system is not a small task, but believing that success, even as a creative person, is not impossible, and believing that any material wealth is not totally irreconcilable with openness, kindness, playfulness, is…..perhaps simple-minded, but still, an idea worth pursuing.
Oh, and the man? The man with the hands?
Last time I saw him, when he placed his hands on me, I knew, I felt viscerally, that those hands did not actually offer me any safety or refuge or love at all, that any illusions of such were my own projections, that the dangling of money and care and provision in front of my nose was simply a manipulative ploy, that being strung along with various false promises was pulling me down into quicksand.
But, whatever. I am grateful for the lessons along the way.