Surprising to me, city girl, to have found so much to love outside of the city –

I go whenever I can, and am taken aback by the enormity of the quiet, the riotous colours and life teaming so softly –

Sunset to dusk to deepest dark of night to sunrise again, and another day begins… 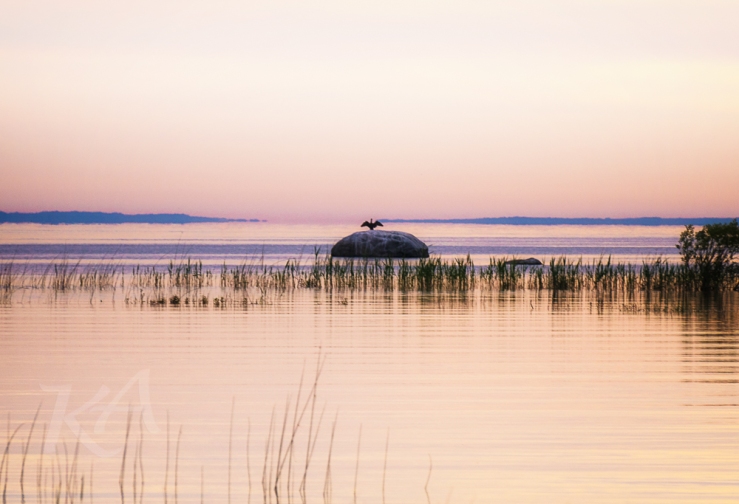 The city had been disgusting with the heat – waves of it coming up like an open oven from the pavement at intersections, the apartment sticky and muggy and confining and gross.
The only thing I could think about was getting up north, getting into some water and swimming.
Swimming swimming swimming in the coolness of a lake.
Packing a few things into a bag, I came across this little pamphlet kind of thing that’s been kicking around for a while – it’s written by my mom, but I’m not sure when I got it or why, and when exactly it emerged from the archives and started floating around my reading pile, but there it was blinking up at me, and since all I could think about was swimming, I threw it in.

My mom used to be a prof, so she would do things like write books, and I remember one time when I was a kid asking her what the title of her book was, and she said, “Equivocal Predications”.
Oh. Ummm, right. Whatever.
So I wasn’t sure how far I’d get into this mysterious little pamphlet, but although it’s dense, it’s actually quite lovely, and I thought about the ideas in it as I went swimming each day in the cool deliciousness of a little bay.

In her opening, she says,

After positing that water has a body, a soul, and a voice, Gaston Bachelard argues in Water and Dreams, “Possibly more than any other element, water is the complete poetic reality”…

Floating, savouring, weightless and happy, chasing ducks and minnows, I remember what a passionate scuba diver my mom was – she couldn’t get enough of it and was always off on some trip to go diving. 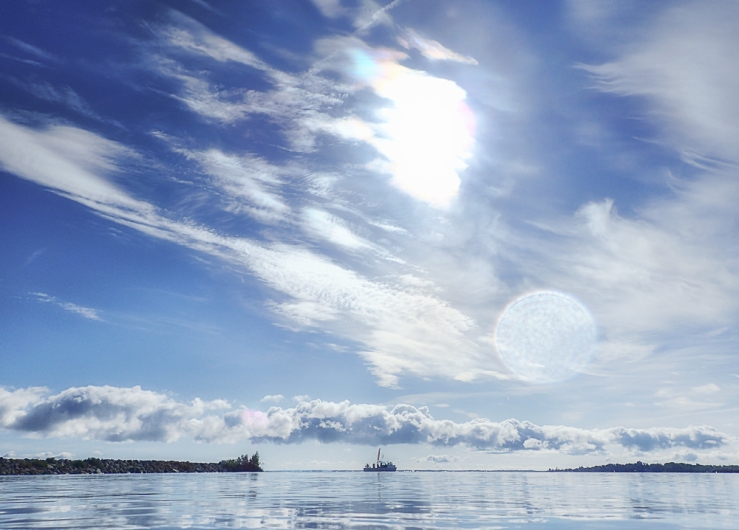 Until only recently, literature of the sea and its inherent poetry has been predicated on a superficial relationship between man and the sea: man on the edge of the sea or man on the surface of the sea. To go under, to go down in the sea, was to go the way of Plebase in “Death by Water,” losing the power of perception… 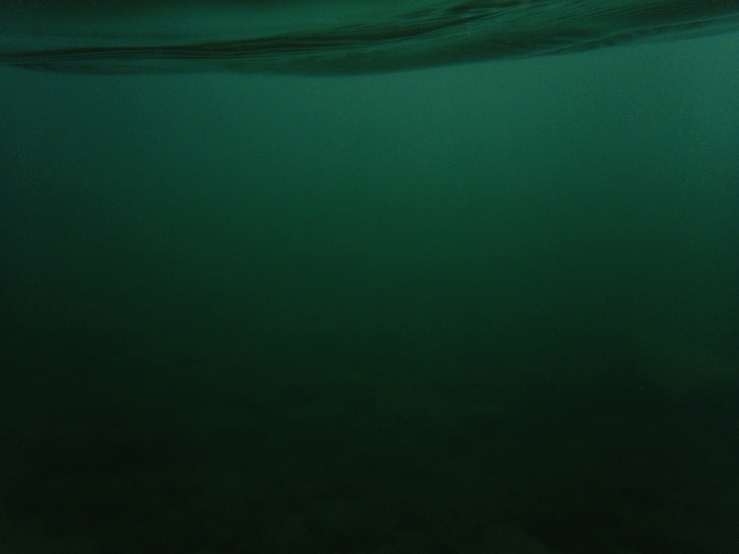 Now, with special equipment, men can experience the profundity of the sea: he can go down and still live to hear the poetic language of the deep of the sea. The action of going down is the gesture of knowing: the deep holds within it the secret of all that is unknown, the metaphorically profound, and the mystery of all that is “under” – including psychology’s unconscious and the mythic underworld. 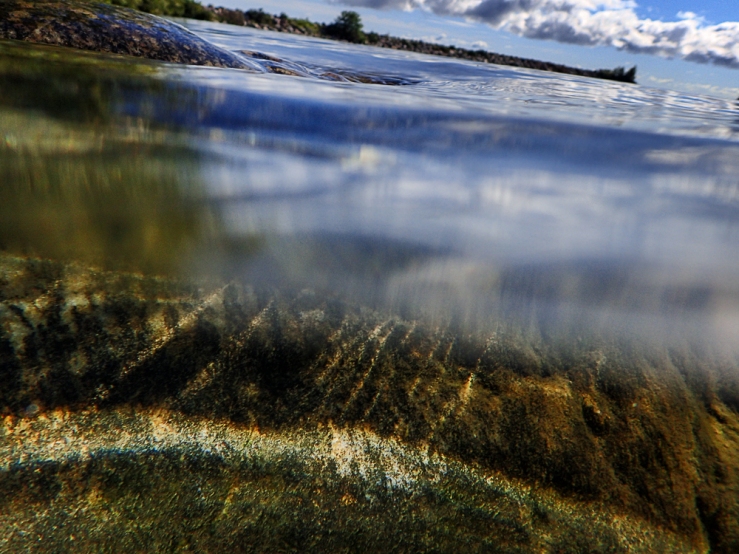 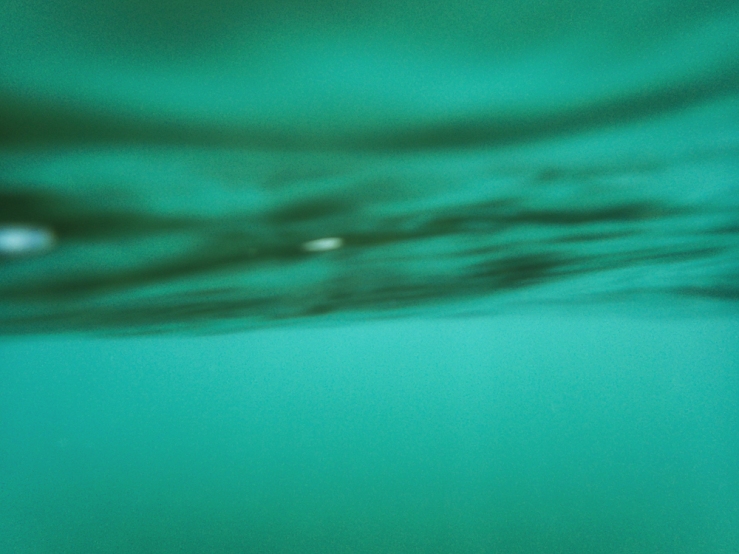 Within the profound abyss, within the metaphor and experience of depth itself rests an expression, according to Merleau-Ponty, of divine Being – amazing us who might have expected and seen taught that God is transcendent and “above”: “Claudel,” he comments, “goes so far as to say that God is not above but beneath us – meaning that we do not find Him as a suprasensible idea, but as another ourself which dwells in and authenticates our darkness… 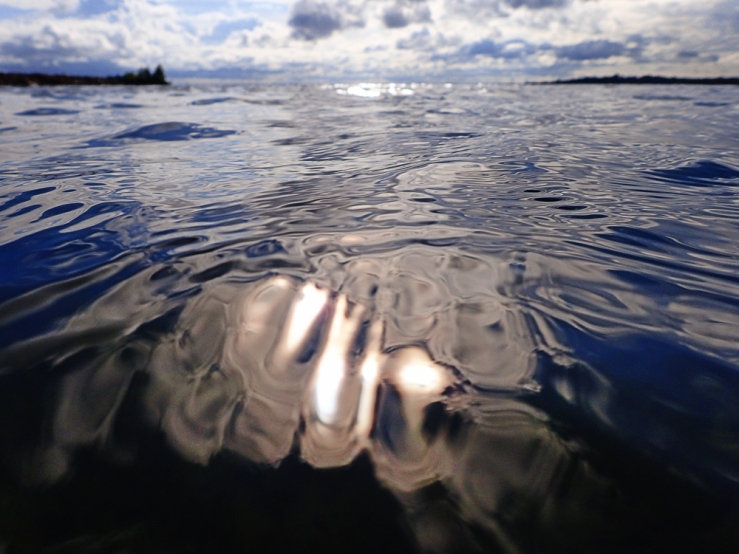 On July 3, 2012, when I’d had my first little starter DSLR camera for about 3 weeks and barely knew how to turn it on, I took the bus up to Collingwood for the first time, went for an afternoon walk and happened upon this scene –

The wind was blowing, a storm was on its way in, and I was thrilled by the blasts of wet air, almost sea-like, and the dramatic clouds everywhere.

I walked. I took pictures. I marvelled.
At the time all that was expected of the experience was a relaxing week up north on Georgian Bay – I had no idea this was the beginning of something.

But now, just about 3 years later, and many dozens of trips north with that camera and several others later, I can say…
Something happened.
Something grew.
That spot, happened upon by chance on a first day out wandering, and the surrounding hills and paths and parks, became my wild sanctuary, my muse, my special spot. 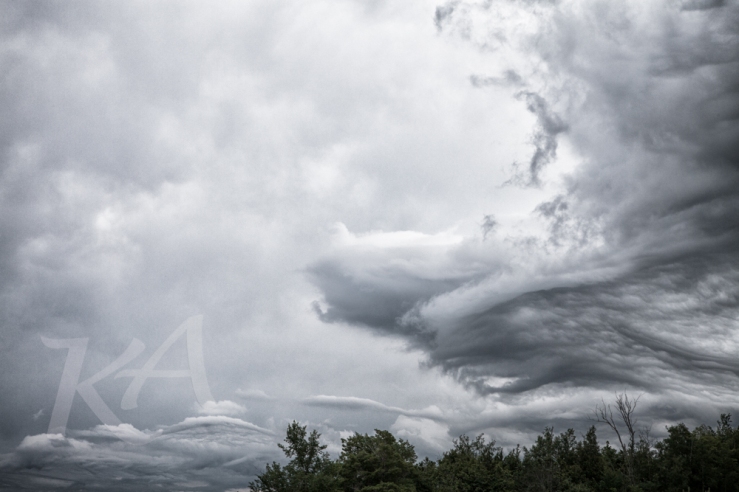