Oh I wish, how I wish I were a flying fish.

Oh I wish I wish I were the spray from an ocean wave
the wind in the trees
the stretch of a cat
the sparkle of a star in the night sky
a floating colourful anemone in the warm Caribbean sea
a coasting bird, soaring, casual as I move through the clouds…

We are in my dad’s house in Philadelphia – he has recently inherited it from his parents.
It still has old lady wall paper and old fashioned furniture and such, but some areas, by the staircase for example, there are some bare brick walls and boards.
I know I’m going to inherit this house soon, very soon, and so I look around with eyes to renovation – imagine it with the old lady wallpaper gone, and clean modern lines…Oh, it is exciting, the possibilities ahead!
And I start to pull away more of the old boards at the bottom of the staircase thinking of opening up more space, but I discover curled under the stairs in the crawl space the corpse of a fox terrier.
This is rather disturbing.
Creepy, and there’s going to be a smell problem.
It’ll have to be cleaned up.
But suddenly it gets up, now it’s glowing a rich blue colour, and is a real fox fox, a wild fox.
Away it trots, glowing blue.
I am relieved that this corner of the house is now clean and clear, blessed by this magic glowing ghost-fox.
Outside I am driving, and I realize this is going to be whole new phase of my life – I will move back to the States, to this house in Philly, and I will finally be driving again!
My sister and I are by a kind of river, streaming over rocks, with many many people. But there is a bad man who is a problem.
We drown him, the two of us, holding him down in the river in the midst of the rush of people – visceral, his red throat, bulging veins and tongue – and then finally, the bad man is dead.

Last night I sat down in the studio for a wee break from painting the latest fox – lots of foxes these days – and the angle from the chair to the patiently waiting half-finished or half-started crow on the wall with the Dollarama flowers on the table in front made it look as though the wing of the crow was decorated, almost tattooed with a gorgeous string of pink flowers…

And I wished, how I wished I was THAT kind of artist.
An artist who makes pretty pink decorative things or beautiful tattoos or things you might want to use as wallpaper in your kid’s room…

Moments, just fleeting moments where the desire to be other, to be more, to be different, to be something else, to be someone else bubbles up.

It’s not so terrible in a way, as it’s all clustered into what has become a fairly conscious process of change I’ve been working on for some time now, deep thinking about the things that are not working, the things that need to be better, the places I need to step up, become a better human being…
But here’s the thing… change is HARD!!!!

Maybe you already knew that.

So one thing I always find myself doing in these moments, is reading.

Have a seat by the fireside and enjoy some Joseph Campbell:

The basic story of the hero journey involves giving up where you are, going into the realm of adventure, coming to some kind of symbolically rendered realization…
If the call is heeded…the individual is invoked to engage in a dangerous adventure. It’s always a dangerous adventure because you’re moving out of the familiar sphere of your community. In myths, this is represented as moving out of the known sphere altogether into the great beyond. I call this crossing the threshold. This is the crossing from the conscious into the unconscious world, but the unconscious world is represented in many many many different images, depending on the cultural surrounds of the mythos. It may be a getting lost in a dark forest, it may be finding yourself in a strange city. It maybe be depicted as an ascent or as a descent or a going beyond the horizon, but this is the adventure – it’s always the path into the unknown, through the gateway or the cave or the clashing rocks…

She turned to me, her blue eyes faintly distant, mysterious and said:
I had a dream of a fox.
But when I asked the fox what he wanted, he said:

I am here for Kat.
I have a message for Kat.

We were sitting at the breakfast table, the three of us.
A few days together and we’d taken up the habit of sharing dreams while we figured out coffee and food, it feeling a natural, rich way to begin the day.
But this was different – this was A Message.
And the thing was – I hadn’t even told them the story about the fox.

There’d been too much going on – there was that crazy night in Barrie with the lousy car, being saved by our angel Hedy, then appeasing the Goddesses of crossroads out by the car rental joint on the highway and the drive to our place, and days with the urgency to get outside, get hot and get in the water and swim, have a real summer, make great food, drink wine and sit in the dark on the porch looking at stars and watching the bats dive for bugs. 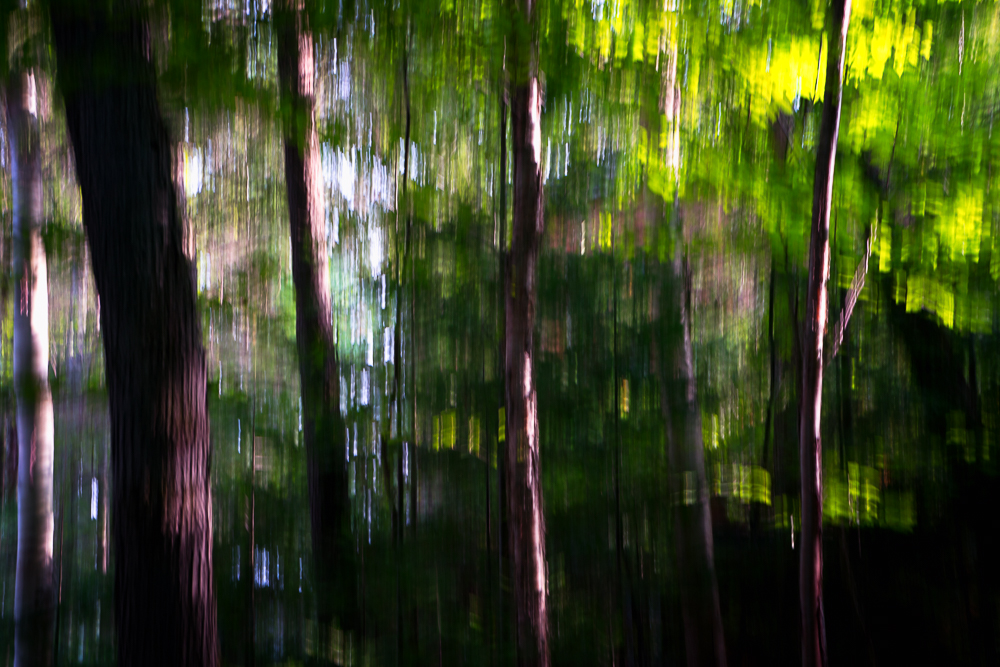 So I hadn’t told them the story of the fox.
I mean I’d told them about the place I’d been the weekend before – about the little cabins in the woods, the amazing locally-sourced food, the moon rising over the lake, and singing in the dark of the sauna and diving in the cold night lake, rinse, repeat, rinse, repeat, camp songs and show songs and snippets of Tragically Hip songs, all of us trying to remember the words cause it was the night of their final concert and all of Canada was said to be tuning in. 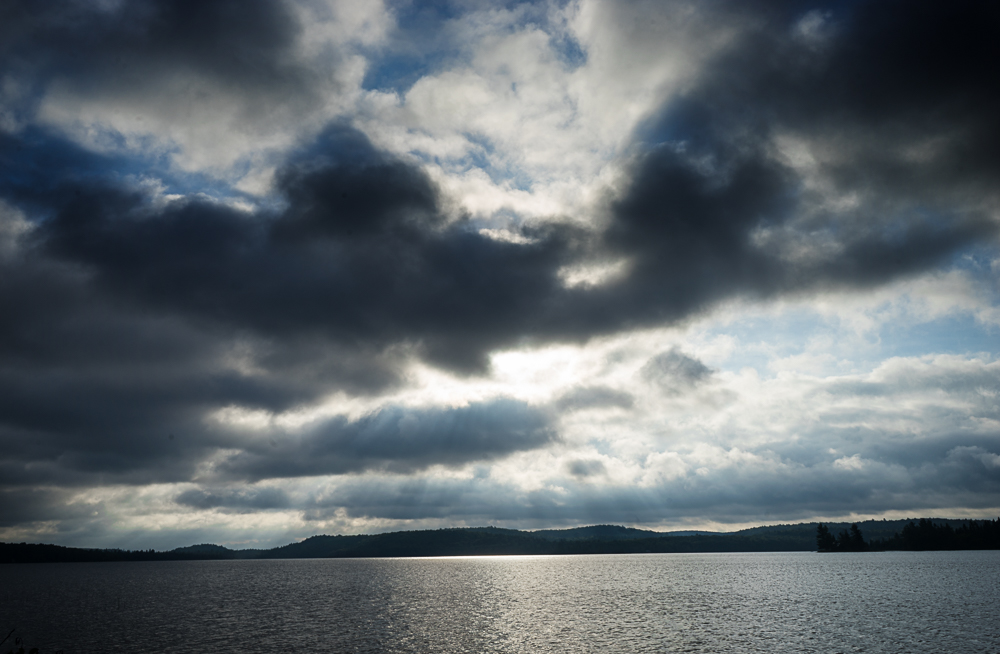 The people were wonderful and strange: the core co-facilitators of the shamanic circle, a bunch of us newbies from various Ontario towns, and a young, fascinating First Nations fellow who, despite his youth, brought what felt like lifetimes of ceremonial experience.
It was the Saturday morning when I overheard him talking to my cabin-mate about a fox. Apparently on her drive up she’d gotten lost and ended up wandering on some back road where she saw a dead fox. For some reason she couldn’t explain, she stopped the car and gathered up the fox and brought it with her.
“I mean I don’t make a habit of picking up roadkill”, she said, still mystified.
That afternoon, the First Nations fellow led us in a ceremony to reactivate a labyrinth on the land, using a massive quartz crystal, tobacco leaves, water from lake Atitlan, and fur from the tip of the dead fox’s tail.
Most of the group circled into the center of the labyrinth, but 4 of us stood menhir-like in the 4 directions.
I stood in the West, my eyes closed while we sang as they danced their way to the middle point of the labyrinth to plant tobacco, quartz, water and fox. As I stood, I felt, saw, experienced the entire event as a spinning, galactic vortex of energy churning up and out into the sky – it felt so powerful, so forceful, I felt I might fall over.

The weekend was full of these kind of Experiences – this one with the fox’s tail at the labyrinth particularly intense.
But I hadn’t told my friends all these particulars before that morning at the breakfast table, before my blue-eyed friend said:
“I dreamt of a fox and he said he’d come for you”.
It all seemed too personal in a way.
Or maybe it was that such a powerful internal experience will never really translate into words, words will always seem dry and inadequate.
Or maybe I thought even to talk about it would dissipate the power in some way, cause it’ll all just sound hokey.
But as the impact of the whole thing began to sink in – that a fox had come to her in a dream to say: “I have a message for Kat” – the three of us looked at each other and wondered…
What message?
What did the fox want?
Why like this?
Why not just come to me directly?

While I can’t speak for the fox, while I wonder if there was more to the message I should be able to fathom somehow, I’ve begun to think that the simplicity of his apparition to her was a message in itself.
It was a way to really REALLY get my attention.
Because it would be so easy for me to say to myself, “Oh, the things I felt that weekend were just my imagination”.
Or, “This whole idea of spirits is all very well, but…”
Repeatedly I’ve heard various teachers on my path say they’d spent months, even years on the path of shamanism, of ceremony and journeying and so on, but STILL they doubted this whole business of “spirits”…
Until something happens that hits them over the head and makes it all so very plain.