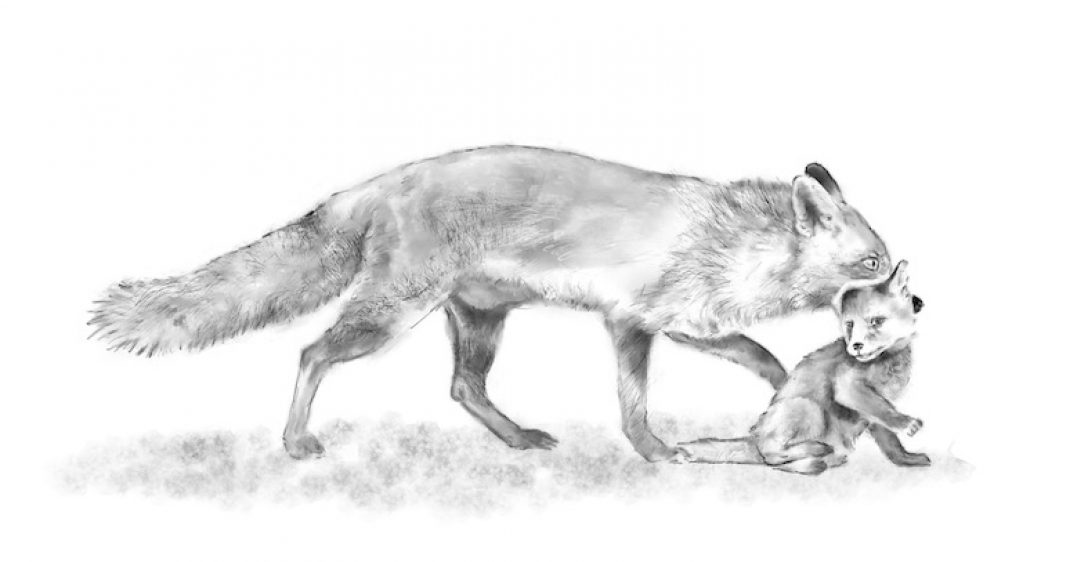 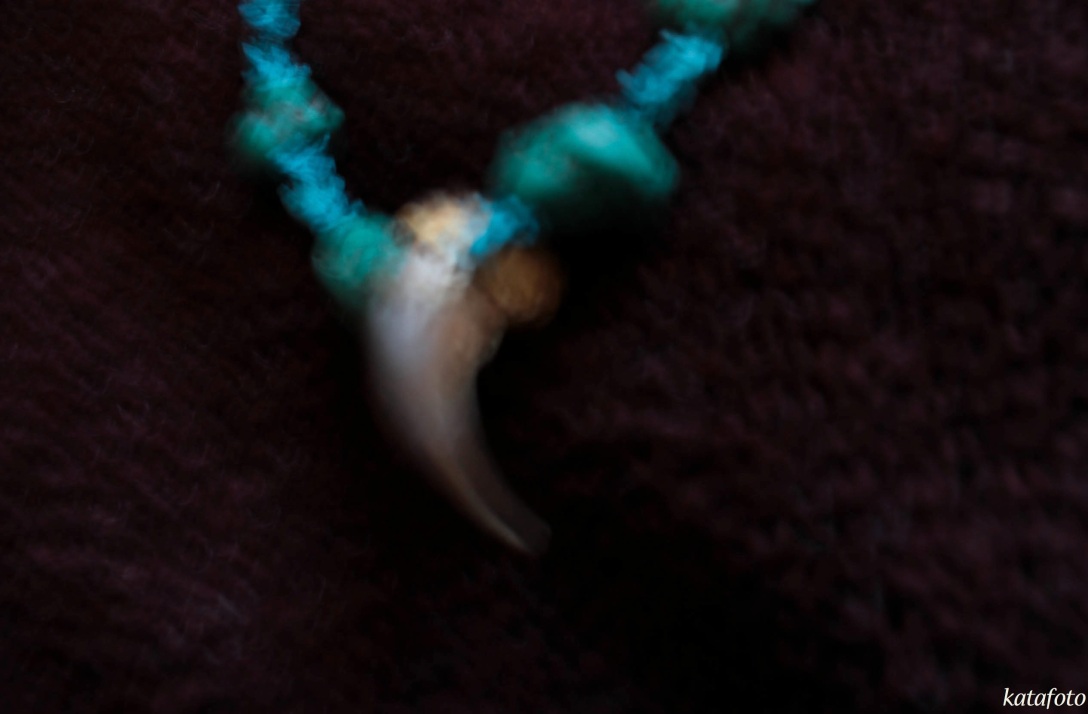 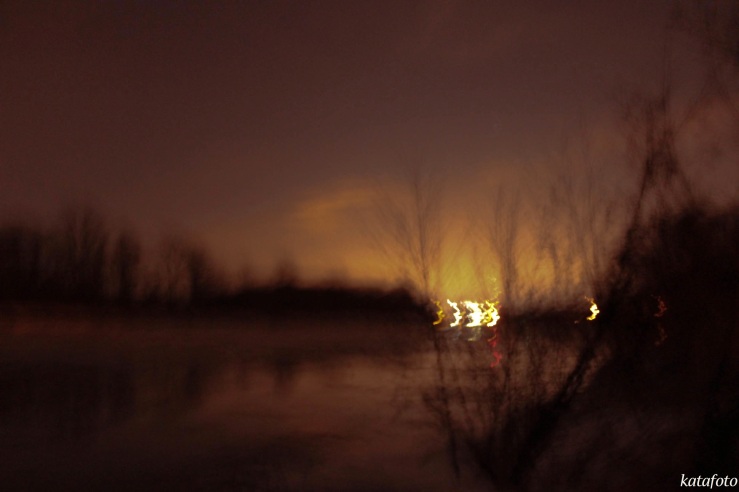 We arrived late the first night, stumbling into the lodge in the dark, into ceremony in process. Burning sweetgrass was offered from the fire to cleanse ourselves. We found seats along the outside ring of the circle.

Cindy, the master of ceremonies and Contrary leading the event was speaking.  She was dressed in a kind of shredded brown burlap sack.  A hood with the eyes cut out and a long cloth nose attached was thrown back over her head while she spoke, but brought down over her face when she began the active ceremony.

We sat with tobacco in our hands, as offerings of thanks to be burned in the fire. Cindy would come around to each of us, singing and shaking her turtle rattle inches in front of us, the eagle wing resting on our heads.

In the dark of the lodge, lit only by the big fire in the center and a few lanterns, I’d steal glimpses of her standing so close – the piercing strength of her voice and the trancelike power of the drum, the rattle, made her feel like a huge powerful brown presence in front of me.  Among the necklaces around her neck was a very large claw.  I asked her later – grizzly bear claw, she said.  Of course!  That was what she felt like standing there – a massive grizzly bear.

Bears are known as powerful healers, and healing was the purpose of the ceremony – four phases of it.  First the mind is cleared, restored to the Good Mind to allow the healing of the spirit, source of vision, that which should lead.  Next the heart and finally the body.

Cindy spoke about trauma – said we carry it in our DNA.  That we carry all the heartaches of our own personal lives, but also the agonies of our ancestors – that it weakens the body.

She spoke of releasing the hurts we’ve received from others – of being able to see them as lost souls stumbling and hurting in the dark just as we are – to take pity on them, to allow our hearts to soften.

She said the heart that heals from grief and hurt becomes a place of great generous love.  Reminded me of Hiawatha and the Condolence Ceremony, how his life was moved from a place of deep grief to one of healing others.

The second night I had a vivid image of an eagle coming at me, talons forward, grabbing a loop of the barbed wire from around my heart like some kitsch Mexican art and flying away with it, yards of it ripping out of my heart until I thought of Eustace in the Narnia series, when he’s turned into a dragon and one night has the layers and layers of dragon skin peeled away from him by the lion with deep painful gashes until a fresh-skinned boy steps out of the leathery husks. 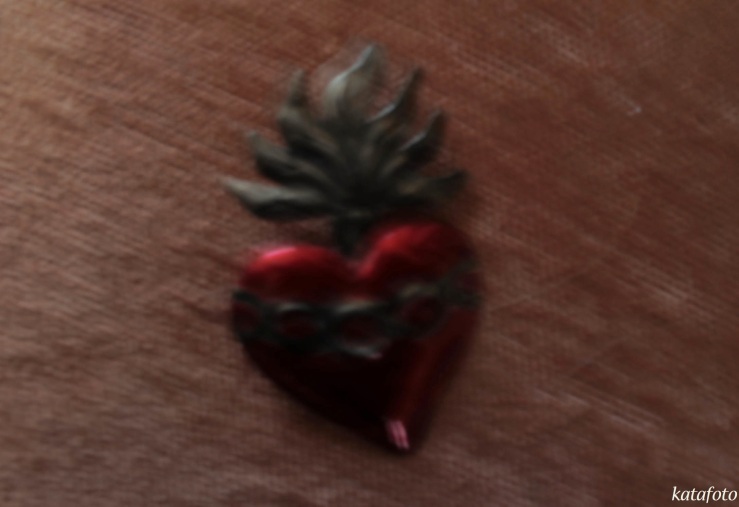 Air and expansion rushed in to the newfound space.

And a sensation began of an animal inside my skin about to burst out like the Hulk bursts out of his clothes – the sensation of fur and claws and ferocity coursing through me so overpowering I thought I might spontaneously shape-shift and slink away into the night.

More rounds of the drum, the tobacco.

Later a feast was held in the kitchen.  New friends were made. 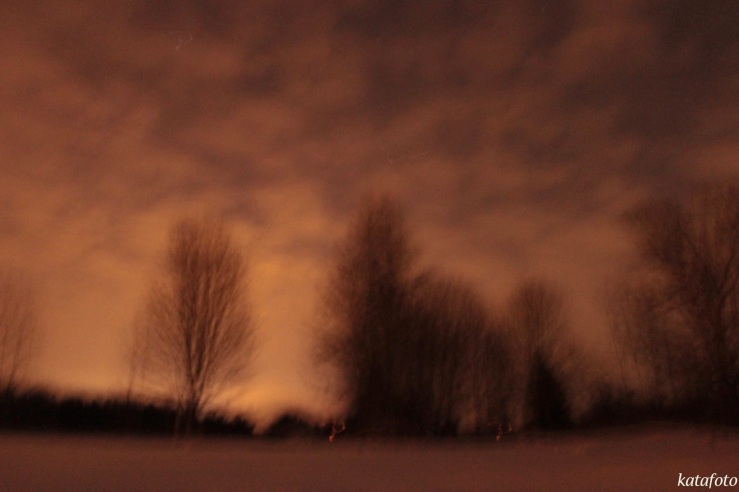