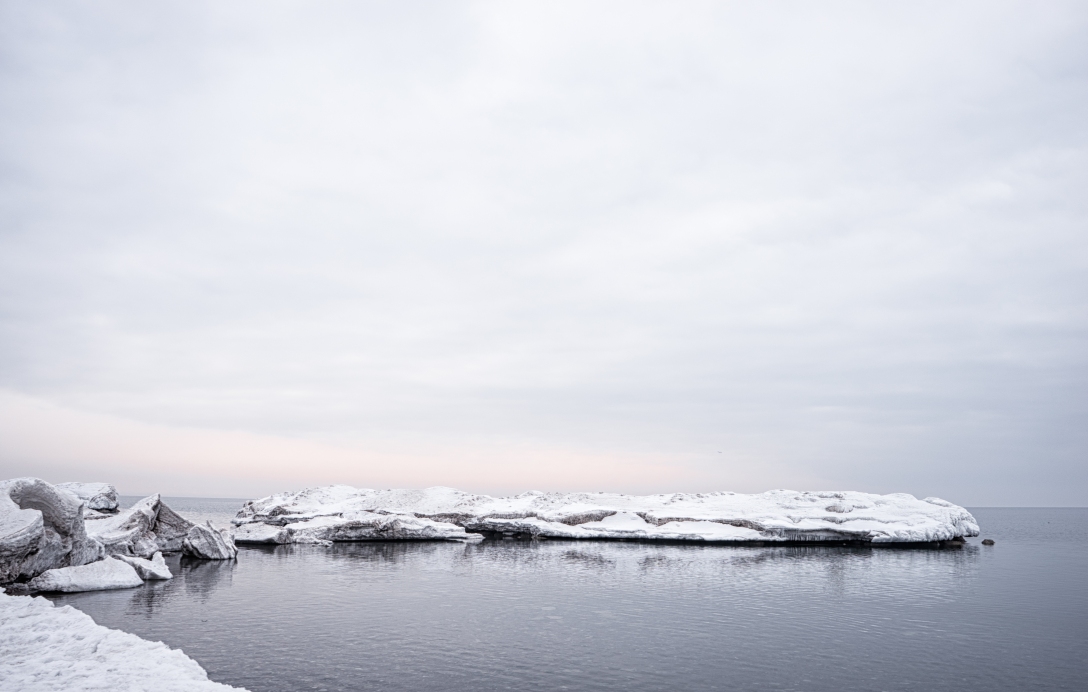 Seven degrees today and everyone was out, the streets bustling again after so many cold quiet weeks and months.
Early in the morning I felt the pull down to the beach, down to the water, some deep hankering need to see the lake.

Sigh….YES.  That expanse of water, so big it only freezes along the edges, the ice now melting and breaking off into mini-icebergs. 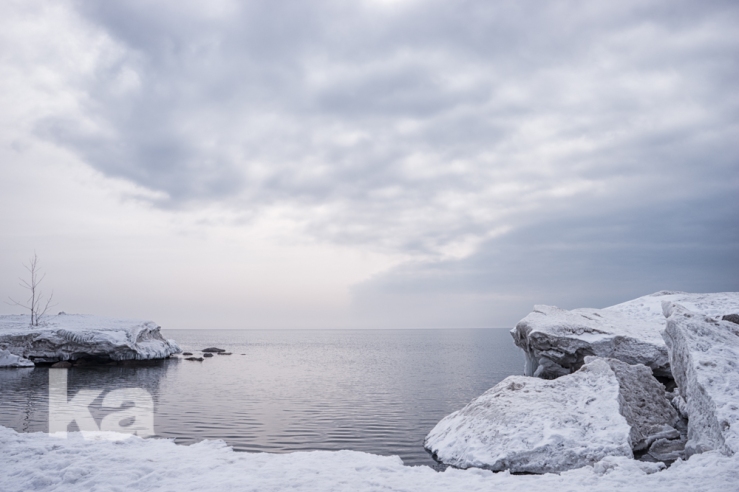 What is it about large bodies of water that are so powerful, so enchanting?

I lingered as long as I could, taking photos of nothing in particular, thinking again how photography is really just an excuse for other things – an excuse to be outside, an excuse to talk to people, a means to an end…
Wandering further down the beach there were more people, some of them exploring a series of architecture student installations, strange colourful creations around empty lifeguard posts.

Others were walking their dogs.  One orange dog bounded happily down the beach and into the water, only to stop short as the iciness hit his legs and made him think again – 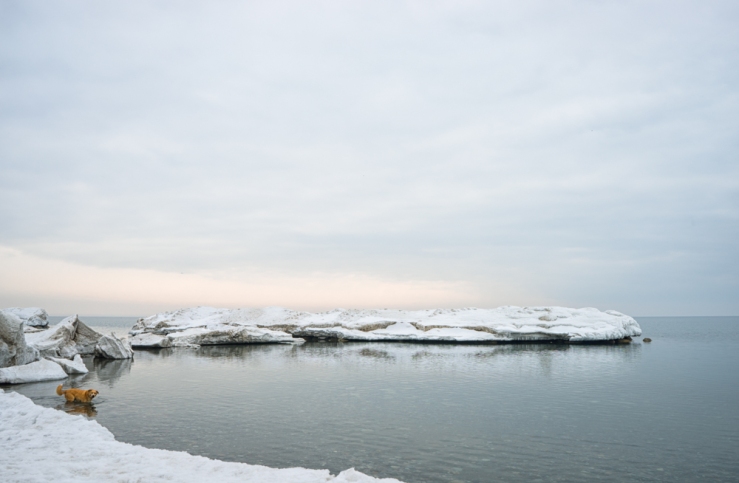 Poor fellow.
I thought immediately of another photo I had from the summer, of a dog bounding in just so, at precisely this same location, but his happiness was entirely unmitigated. 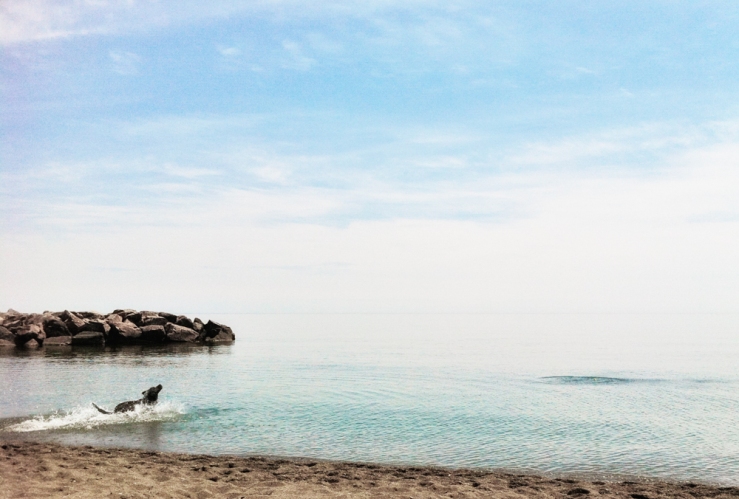