There’s a thing that they say about Toronto, that it’s a hotel city – cold, soulless, people from all over the world with nothing in common and no desire to know each other. No naturally occurring culture.

In my new construction zone of a neighbourhood that reputation seems personified in the architecture, the condo towers, glass shoeboxes in the sky, holding lives of tiny isolations. 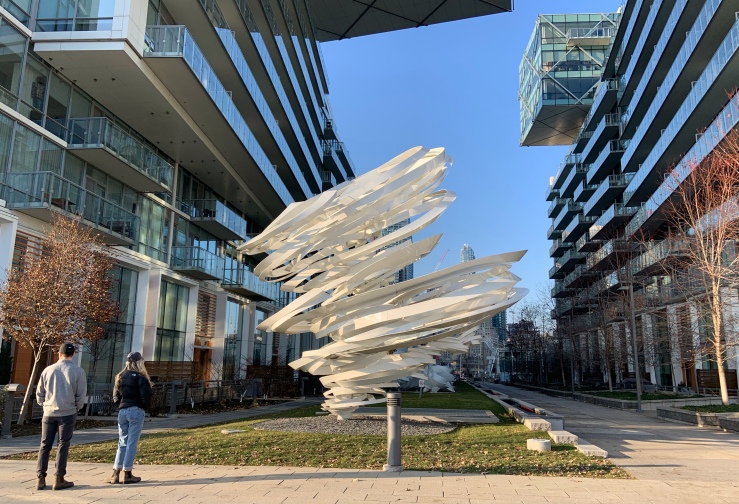 And yet, and yet… on my way to work last week, I noticed some new ducks in the water.
Usually we have the mallards, currently fattening themselves in the waters by the sugar dock… 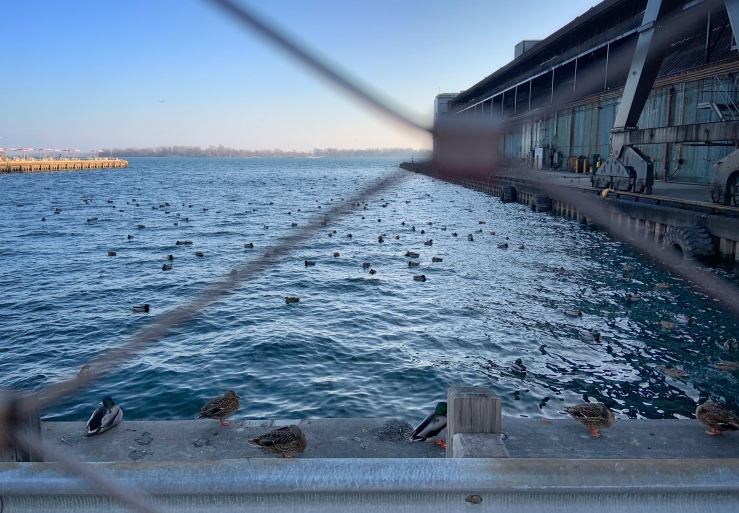 But these ducks were different, with white stripes on their heads.
A google search suggests they are long-tailed ducks, who summer and breed up in the arctic and are currently migrating to the eastern U.S. where they winter – just stopping in, a layover on their journey.

I was talking about the ducks with my old friend Sabrina, visiting from Ottawa.
She was in town wanting to see some of the exhibits at the inaugural Toronto Biennale – one of the larger exhibit spaces being just across the street from me, gathered around the theme of Shoreline.

Until I noticed my old friend Andrew across the room, just sitting down at a table with a coffee, and went over, startling him into a hug.

It had been so very long since I’d seen him, so many years had passed that there was a divorce I’d guessed at but didn’t want to believe between two beloved souls, both of them so creative and wonderful in different ways – too different, they’d finally concluded, and off they went in their own directions, a warm beautiful home on a tree-lined street in a friendly neighbourhood torn assunder, hearts broken.

In fact, there was a new book he said coyly, a sly crooked smile of pleasure in accomplishment.

And later in the day, sitting on the Sherbourne bus heading south after a browse in an overflowing Book City on the Danforth, full to the brim with the beginnings of the Christmas season on a Saturday afternoon, I cracked open his latest Ticking Heart and was reminded of how much local flavour he imbues in his books – the corner of Barton and Euclid evoked in the opening paragraph, a corner I know by heart from the years when my boy went to school at Palmerston, and a place I still see on the days I visit my friend Nicky…

The richness of place, I was thinking, even in its younger moments, its birthing moments, even as it is being built, even if it is cold. 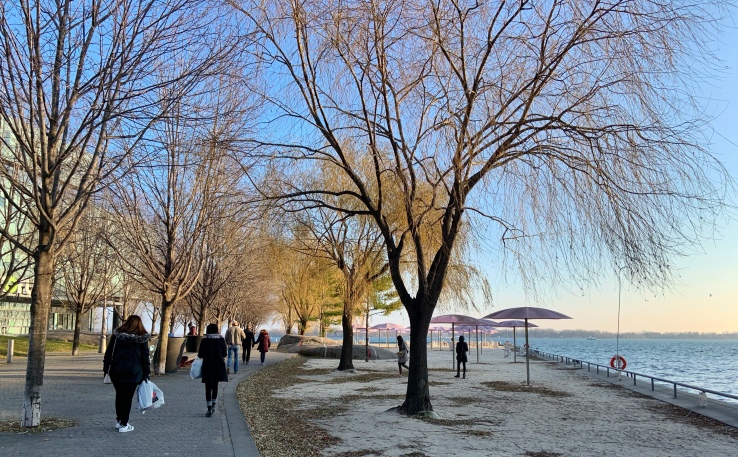 The strange melancholy even of a construction site where bunnies can be seen in the early mornings and the Santa Claus parade parks at the end of its run in a moment of fun park absurdity. 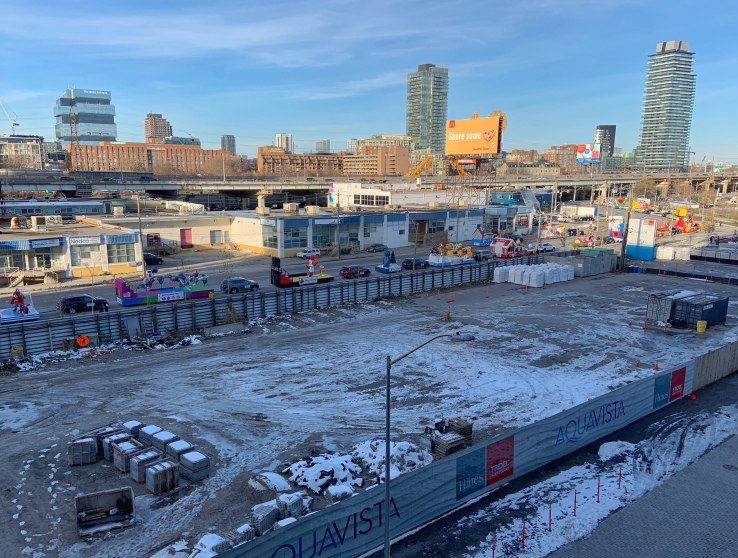 Sunday, the final day in a weekend packed with lovely human encounters, was brunch with Sabrina and Louise, another old friend from back in the day in Montreal, in town to visit family.

We stood around the kitchen table in my tiny new home and laid out food and found plates and cutlery in the cupboards and talked about time and failing memory and the decline of bodies and accidents slow to heal the way only women who have known each other for decades can do, talking over top of each other finishing each others sentences, laughing at jokes that have been running between us forever…until a moment where Sabrina – or maybe it is Louise? – is telling a story, making a point, building the narrative towards a natural culmination point, saying:
“… Because in the end, we are all…”  and completing the sentence, Louise and Sabrina both speak at once:
Louise saying: “goddesses”
Sabrina saying: “bags of flesh”
There is a split second pause before we are all bent over, helplessly howling with laughter at the perfection of the opposition, the absurd juxtaposition of such wildly diverging endings to a sentence.
Ahhhhhhh… old friends. 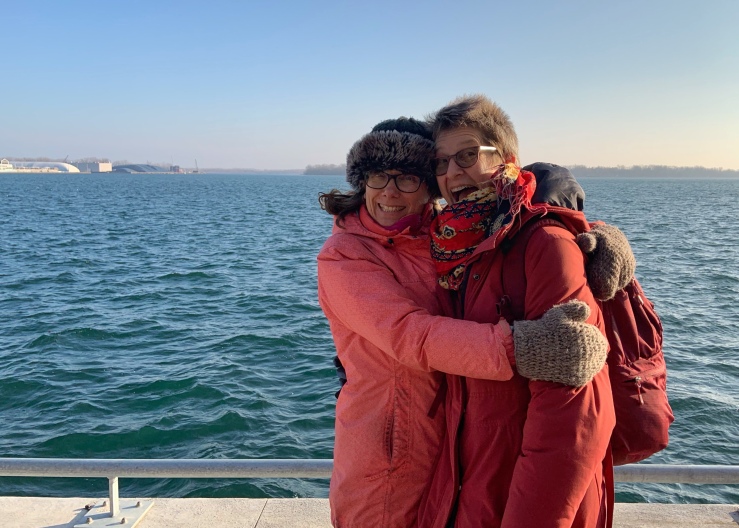 And there you have it – a dispatch from the life of a goddess/bag of flesh in a tiny glass box in a cold and soulless city.